How Surveillance Can Save Your Life and Business 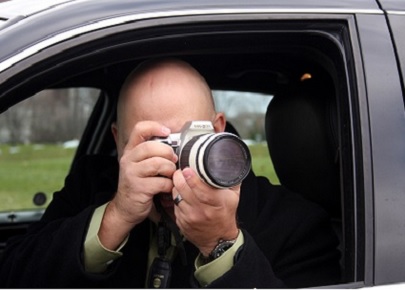 In a recent post about infidelity and surveillance in the Philippines we described how suspicions of an unfaithful spouse are the number one reason why people hire these services. Although cheating is the main cause, there are many other situations in which surveillance can be helpful, or even critical.  While background checks and due diligence are often the best starting point, sometimes there is nothing better than seeing for yourself and getting photographs of the real story.

Below are just a few reasons how surveillance can add an extra layer of safety between you  and a business deal or personal relationship.  Investigators conduct surveillance for many cases and many different situations, but the goal is always the same – getting more evidence.

Don´t get us wrong. We are not encouraging people to control their ex´s life. But there are circumstances where an investigation is more than necessary. For many people, ending a marriage is not just a matter of moving forward with a new life. When there are children, ties remain forever, or at least until they become adults. In this process, usually one part gets to keep the children and the other gets to see them when, where and how a court has decided to. But sometimes full custody is not given to the right party, and this is a big problem. Philippines investigators conduct surveillance when a parent is concerned about the well-being and safety of the children while remaining with the other parent. This service is especially critical when there is domestic violence, alcohol or drug abuse.

Surveillance can also be extremely helpful for those parents who live in another country and want to make sure kids are being sent to school and things look normal at home, as well as those who want to make sure their children are doing ok with babysitters and friends.

This is a big category. Legal disputes can go from workman´s compensation to civil suits, or even crime. For instance, insurance companies use surveillance to uncover fraudulent personal injury claims. In this case,  everything that can be observed, documented, photographed or recorded in public spaces is considered as an input for the investigation. A private investigator can follow a claimant to verify that their daily activities reflects their claims. Someone who claims to have an injured leg probably won´t be able to go surfing, but if this person is caught doing this activity and the evidence is documented, he/she will probably be brought into court.  Photograph and video evidence is key.

In other legal cases, surveillance is used to document the defendant’s activities in or around a specific location or building, or the interaction with other people involved in the lawsuit.

Business relations are based on trust, just like romance. And although in business there are mechanisms like due diligence that give peace of mind, the truth is that transparency is not necessarily the norm. Within the cases where private investigators in the Philippines have conducted surveillance, there are suspicions of bribery and other illegal or unethical practices being held by the corporate executives or other high rank employees. Given the everyday more strict legislation on responsible business parameters, and the consumers pressure for good practices and corporate social responsibility, it is important for foreign potential business partners to verify the operations of a company, if employees are treated with respect, if there are any children working in the company (which is common in manufacturing), and many other situations, like severe environment damages. Private investigators can help you detect situations that could put them in trouble in the future.

Surveillance is now a common service used to verify people who are soon to be married, not because there is a suspicion of infidelity, but because the other party wants to make sure that he or she will be safe, before taking the big step. With so many marriage scam cases in the Philippines people have started to wonder about true intentions, and a background check may not be enough. Verifying your fiancée’s habits and whereabouts when not with you helps you understand the kind of person you will be marrying. When people lie about simple things like their job, or if they go to school or not, or go to the gym or not, then you can expect they will lie in other more transcendental things. Surveillance can be especially helpful for those long distance couples who are worried about the honesty of their partners, even though it has nothing to do with infidelity in some cases.

Infidelity and the checking for possible infidelity in the Philippines remains the top concern for clients and is a serious problem in the Philippines.  In a culture where money talks, there are many conflicts with foreign relationships, and local boyfriends who often participate in scams, it’s a good idea to be skeptical.  Verifying a subject is faithful is a smart move in the Philippines.