Philippines at Risk with Extremists Expansion 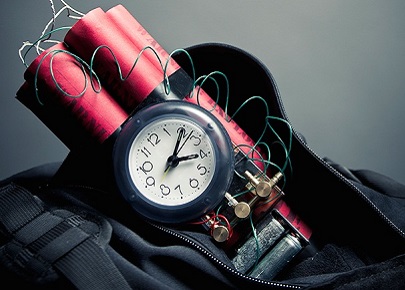 In the past few months, Muslim jihadists in the Middle East have been busy terrorizing the world, with their brutal beheadings and barbaric videos published for the world to see.  Terrorist militants have not only been busy beheading hostages to capture international media attention, they have also been using all their power to expand and gain more coverage and therefore more power and ignorant recruits. Their expansion efforts have been fruitful even in Western societies like the U.K. and France, where recent reports have shown that ISIS has been able to recruit Islamic women living in Europe.  The enemy truly lies within in many countries. Unfortunately, the Philippines is also now at risk.

The Philippines has had many problems in the past impacting the safety of foreigners and local Filipinos. But most of these problems have had to do with corruption and fraud, not with terrorism. Many people have been victim to Filipina dating scams, or investment fraud. Other serious problems like those coming from child labor and abuse committed under commercial surrogacy are also part of the list of questionable practices that take place in the Philippines. However, never before has the country been at such great a risk for becoming a hot zone for Islamic terrorists than now.

The long road that leads Philippines to ISIS

The economic situation in the Philippines has not helped at all with the high rates of crime and fraud, or with the current situation with extremists. In 2013, the poverty rate was close to 25 percent of the population, according to the Philippine Statistics Authority. This means that approximately 1 in 4 Filipinos live in poverty, and need to look for solutions to this that many times come from the wrong hands. Radicals are experts in offering “opportunities”, and the people from poor countries or countries where wealth is uneven are more vulnerable than others.  Ignorance is also important.  After all, it’s takes a certain type of person to blow himself off and torture people.

Added to this, the lack of employment opportunities and the fact that many Filipinos speak English has been a motivation for many to look for opportunities overseas. For around forty years, Filipinos have migrated from their country to work in Middle East countries like Saudi Arabia or Iraq, countries that are now under jihadist control –in the case of Iraq- or are greatly influenced by it.

Saudi Arabia is currently the largest hirer of overseas Filipino workers, and has the largest Filipino population in the Middle East, with a workforce of around 1.5 million Filipinos. This means that a large amount of Filipinos are living right next to the core of the conflict (Iraq and Syria). Approximately 10,000 Filipinos work and live in Iraq, which adds a greater possibility for Muslim Filipinos or those who have direct contact with extremist ideologies to be lured into fighting for the ISIL cause.

There is no exact figure on how many Filipinos have joined ISIL in Syria and Iraq except that it may be close to 200. A report from the Department of Foreign Affairs (DFA) dated March 20 this year indicated some 100 Filipinos were monitored to have traveled to Iran and undergone military training before being deployed to Syria.  The Philippines Army is attacking the problem at home.

Officials in the Philippines say reports that the Islamic State group is recruiting in the country have yet to be confirmed. But authorities remain vigilant because of concerns that certain segments of the population, especially those who are greatly exposed like migrants in the Middle East, are at risk for falling under the terror group’s influence.  The south of the Philippines with a higher Muslim population is the greatest threat, and is being closely watched by the Philippines government.

Some recent events and what to do

The infiltration of extremists in the Philippines is a serious matter. Al Qaeda-linked militants in the Philippines have said they will kill two German captives by October 17 if Berlin doesn’t meet their demands. Philippine security officials say the Germans are being held in the jungles of Jolo, a remote southern island and hotbed of Islamist militants. Under this situation, it is hard for regular citizens to do something about this matter. Extremists have not been stopped by any means yet.

This is a great concern for many people around the world. Private investigators in Manila say that although regular citizens are not in the capability of fighting the problem, there are important measures to consider. For instance, companies can run background check investigations to lower the risk of hiring people linked to these violent groups. For all those who have notices that a friend, relative or someone may be involved, the best is to report the suspicion to authorities.

Report any information you may have and protect yourself, your employees and loved ones!