The Philippines Recovery: Life After Haiyan 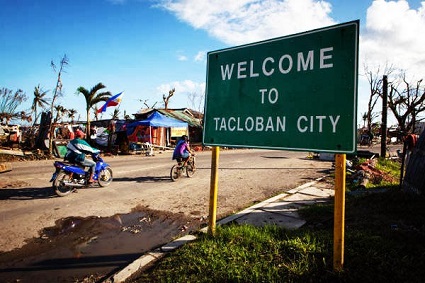 Only seven months ago, the Philippines, and specifically the city of Tacloban, went through the roughest natural disaster that the country has seen. Typhoon Haiyan had made its way through, leaving behind a city turned into rubble and death all around. The impact of this disaster was so extreme that the entire world was shocked, and international aid came to rescue almost immediately to assist in the first steps of recovery.  The Philippines has shown impressive progress in rebuilding.

What is the situation today: The good

The aid received during the first few months has been crucial for the recovery. The initial response effort was a success, no outbreak of disease, no widespread breakdown in law and order and enough supplies of emergency food and clean water. This, along with the incredible ability of the people from Tacloban to assume and overcome the disaster, has helped in keeping peace and order and in focusing all efforts on rebuilding the city.  Local residents made every effort to work together.

Roads are clear and open, commerce is in a big part up and running again, factories have reopened, and hotels are still busy with foreign volunteers involved in the recovery process. So for most part of the productive system, everything has gone fine, and people are back to their routine.

What is still missing: The bad

Although the city has recovered pretty well in such a short period, some of the basic points have not yet been attended. International aid efforts have concluded, and even though this assistance has been greatly valuable, there is still a lot of work undone that now the government has to boost somehow. Housing is an example.   Philippines investigators say fraud risk is still high.

Few permanent new houses have been built –an approximate of 150- in a place in need of 200,000 homes. Complying with the new regulations, which means finding suitable lands and building constructions that can withstand another Haiyan Typhoon has been no easy task.

What is getting worse: The ugly

There is no doubt that poverty would be in this list. More than six thousand people were killed, an approximate of four million were displaced and all the production was suddenly paralyzed with the damages. The obvious consequence of the disaster is poverty, except for a few criminal minds who make a profit out of scamming people online with donations.

But furthermore, one situation is particularly alarming: child labor. Before Typhoon Haiyan hit, the Philippines had already a problem with child labor. According to the International Labour Organization, in 2011 the Philippines National Statistics Office estimated there were 3 million child labourers (aged 5-17) in the country, about 99 percent of whom were in hazardous work.  Out of this, an approximate of 1.6 million child workers belonged to the later devastated region.

A joint assessment between ILO and the United Nations  has found that 54 percent of the 112 surveyed villages reported that children there were involved in harsh and dangerous labor, with 39 percent of them saying the number of such children increased after the typhoon struck.

Children in town have volunteered to do harsh work to support themselves or their families. Many work in farms and as household workers. Others are vendors, construction workers, fishermen, scrap collectors or pedicab drivers. Regardless of the job, it is clear that child labor is in fact one of the urgent matters that the country needs to attend.  The reality and daily life in the Philippines remains harsh, and with limited economic opportunity, comes high crime rates.

Criminal activity in the Philippines today consists of every kind of internet scam imaginable, from dating scams to marriage fraud, investments scams to blackmails and business fraud.   Many women continue to try to meet foreigners via the internet and use online dating as a way to scam victims or escape from the poverty conditions within the country.  There is progress still to be had.

Tacloban has been an example of resilience, of amazing people who look forward no matter how painful the situation was. Tacloban is also an example of how the Philippines and many other countries´ governments need to rethink their post-emergency plans, leaving bureaucracy behind and focusing on delivering fast and permanent solutions to the affected people.  If you are considering investing in the Philippines or donating to any cause overseas, always get a professional background check to verify the person or organization you’re dealing with.  Because, with disasters come opportunities to rebuild, but also opportunities to scam foreigners.  When in doubt, consult an investigator.