Dating, Extortion and Money Laundering in the Philippines 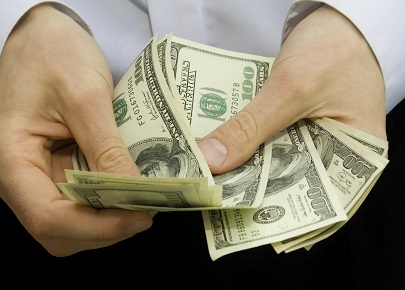 If you ever thought that the worst that could happen to you when dating a Filipina online was losing a few bucks, you´re wrong!  Online dating can be a very dangerous activity if you do not take precaution and use the tools available to avoid being victim of fraud, scams and other crime.

Thousands of cases of online dating fraud were reported in 2014. According to an article by the Better Business Bureau, just in the United States 41.2 million Americans contributed to the $1.2 billion dating business.  With such a large industry, it is to be expected that there will be thousands of online criminals trying to get a piece of the cake. But the worst part is that love fraudsters are not working alone. Being organized allows criminals to run several crime schemes at the same time and still remain unnoticed by the authorities.  Even if law enforcement did want to shut scammers down, it is no easy task.  Online dating scammers are hard to identity and even harder to prosecute.

From blackmail to money laundering schemes, online dating websites mask a dark underworld where criminals target unsuspecting victims from behind anonymous usernames.  Such websites have no way to screen their millions of users, so it is up to you to be skeptical and safe.  Private investigators in the Philippines have summarized some of the most common and dangerous schemes they have seen. Read carefully and share with the people you care about!

One of the most lucrative and vicious scams is a romance extortion scheme.  After seducing their victim online, a scammer will solicit compromising pictures or videos and then demand payment to keep the pictures private. This type of scheme is successful because no one wants to feel exposed.  Criminal extortionists will not simply threaten with posting the pictures anywhere online. They will threaten with sending them to relatives, friends or even co-workers. When victims see that the consequences can be serious, like losing their job, they agree to pay. But the extortion never ends.

Many of the foreigners that date a Filipina online actually travel to the Philippines hoping they will meet in person. But the risks that they are exposing themselves are significant! Before agreeing to send any compromising photos or videos, or before traveling, get a professional dating background check and verify if the person you are communicating with has any criminal history, and if the person is who he or she claims to be.  If necessary, a local investigation and surveillance can also reveal living situation, relationships, activity, infidelity, character, and verify identity and physical appearance.

How can a date end up in money laundering? It´s not so complicated. As we mentioned before, love fraudsters do not work on their own but are often organized in crime rings. The reason why dating is one of the first steps for criminals is they can gain people´s trust, and they know the victim will feel confident that the person on the other side of the computer is their friend or lover, and will never attempt to harm them.  No questions will be asked and their plan will run smoothly.

People are used to hearing about dating scammers requesting for money, but not the other way around. Private detectives in the Philippines have seen many cases where the criminal sends a check to the victim and asks them to help deposit the money in the U.S., Canada, Australia or any other country, claiming that they have no way to do that from the Philippines. Usually the money is claimed to be part of a business payment to a provider in the foreign country, but it is just a way to transfer funds that were obtained illegally and make them “disappear”. Other versions include buying items like computers or other gadgets with the money that the fraudster provided in a check, and sending it to a given address in the Philippines or other countries.   It is old fashioned money laundering being applied in today’s world of the internet and online dating.  And it puts you at risk.

Be skeptical! It is very important to hire a professional to conduct a background check in the Philippines and verify the identity of the person, and to ask questions.  Don’t think that serious fraud and scams can’t happen to you.  If you think you have a “good one” or real individual or company you’re dealing with, be safe and contact an investigator on how to lower your risk, just in case!