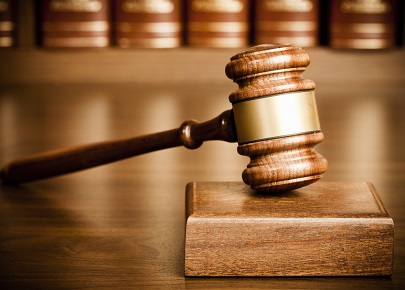 Many of the inquiries that our team of private investigators in Philippines receives are associated to finding out whether or not someone has filed an annulment of marriage. Or, whether or not someone is truly married.  After all, many “marriages” in the Philippines are common law marriage, where no civil marriage record exists.  The Philippines is a rapidly transitioning society with a large migrant workforce and many transnational families, but divorce is a can´t do. This particular situation is a difficult thing to understand for foreigners and for those Filipinos living abroad. In fact, many foreigners who have been involved in long distance and online relationships with Filipinas are not aware that divorce is prohibited in the Philippines, and that very strict rules apply to being married in the country.

Thousands of couples in the Philippines are trapped in marriages that ended long ago. Ending a marriage legally is no easy task, and it has turned into a big obstacle for people who want to keep going with their lives and start a new relationship, including those who have met someone online and are trying to file for fiancée visas to the U.S. or other countries. Catholic Church still has a lot of influence in the matter and the Philippines remains the only country that does not recognize divorce.

Current laws in the Philippines do allow for legal separation, but the options available still do not satisfy many of the needs of the people who want to divorce. Legal separation allows the couple to live apart and separate their assets, but they are not free to marry again. In fact, they face being charged with adultery or concubinage if caught with another partner, which is why many Filipinas find meeting with their new partner a threat and a dangerous thing to do.  The only option in the Philippines is  annulment.  For annulment, specific conditions must be met within a certain time period, and the marriage is considered valid until the time it is set aside by the courts. Infidelity, desertion, physical or psychological abuse, irreconcilable differences or just the reality that two people simply can’t stand the sight of each other anymore — the usual reasons for divorce — cannot be considered in a civil annulment proceeding. Annulments are costly, and they may require a lot of paperwork, time and effort that many couples do not have.  This can be surprising news for a foreigner.

But the main reason why private investigators stumble upon this so often is that many online dating scammers from the Philippines use this legal trouble to their advantage. Too often, women claim to have gone through a break-up and found real love online, use annulments as an excuse to request for financial assistance.  Or, others claim they are divorced when it’s not an option!

It is common to see cases where the victim has provided money many times to help solve the marital status situation of whom they believe their soon to be wife. However, it is only a trick to lure victims into sending money, and no annulments or visa paperwork has been filed or will ever be filed.   In some scam cases a lawyer will be involved, or someone claiming to be a lawyer.

Local private detectives in Manila advise foreigners in this situation to be cautious and hire professional help to verify the marital status of their romantic partners. It is important to have someone who knows the local laws and protocols check directly at the sources for any evidence of a marriage or an annulment, and also to verify the living situation before taking further steps.