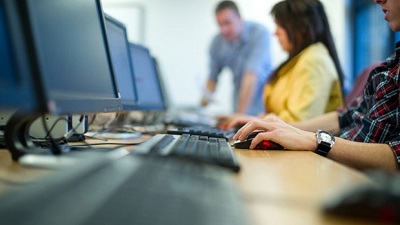 The Philippines is a country with a notably poor reputation regarding internet scams and fraud. Private investigators and law enforcement have struggled to control this problem for years, and there has been little progress. It seems that internet scams and the economy have an inverse relationship, and in a growing economy, scam and fraud cases subside. With poverty and a poor economy, internet fraud typically rises. This has been the underlying factor for the problem in the Philippines.

Romance scams and marriage scams via the internet are the two most common internet fraud types in the Philippines. Poverty drives young men, and especially women, to look online for possible opportunities. Because most Filipinas speak English fluently, they make ideal partners for Australian, Canadian, British and American men who are seeking a romantic relationship or bride. And, there are thousands of Filipinas actively searching the internet for the man to provide that way out of the country, who can help them escape the poverty and hard life in the Philippines. Often, men and women in the Philippines on social networking sites and online dating sites who are communicating with Western men are legitimate and honest. Increasingly, however, there is a serious risk for fraud, romance scams and misrepresentation. Philippines detectives say that many foreigners get coaxed into sending money to support their girlfriend and fiancée, without ever having the person verified.

Sites like Facebook, Match.com, eHarmony, FiipinoCupid and countless others offer real benefits and are great ways to meet new people. Investigators and law enforcement warn that such sites are also the hunting ground for scammers, who seek out any victim with financial means. In some cases a Filipina can be married, and she may deceive her online chat mates about a possible marriage, and may even agree to being engaged. Then the financial requests start. Local husbands can even be aware of and encourage such scams. Anything for the money. Manila private investigators report a steady increase in the number of romance scams and marriage fraud, and an experienced scammer may have up to 3 or 4 victims sending money at the same time. The earnings from the unethical activity is no secret in the Philippines, and the problem is growing.

Experts agree that limited economic opportunities are exacerbating the problem. Filipinos are seeking a better life, and scamming foreigners is now a common source of income. Businesses are also at risk, and detectives report a similar rise in business fraud cases in Manila. Investors and foreign companies that want to set up call centers or invest in the Philippines face serious challenges to verify business contacts and business proposals. Investigators say the only way to hedge the risk is to initiate a professional due diligence investigation, to verify the entity and representatives. Until the global recession shows signs of abating, the risk is likely to stay the same, or even worsen.  In the meantime, extra caution is advised.

Be safe and verify,