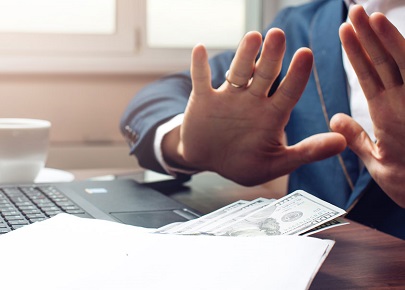 To be fair, corruption, crime and fraud are not anything new in the Philippines. Getting rid of such serious problems has been in the agenda of every government for decades, and yet the country has not made any major progress. Philippines investigators have worked for years in trying to prevent people who do business or who have a personal relationship in the Philippines that this is a country where being cautious and taking safety measures is a must. So why is it relevant to talk about corruption and crime now?  Because the risk is getting even worse and prevention is key.

Rodrigo Duterte’s presidential stamp was to fight against crime and corruption, but not like any other president before. His methods have been widely criticized around the world because he is fighting the harsh way, ignoring human rights and not minding about democracy.

Duterte’s war on drugs has killed at least 7,000 people since he took office in June 2016, and some right groups estimate the figure is more like 13,000. Thirty-nine member-states of the United Nations have expressed serious concern over alleged extra-judicial killings occurring amid the Duterte administration’s drug war.   Despite the controversy, Duterte is popular in the Philippines for cracking down on drugs and criminals in the Philippines, and no one doubts that crime has dropped.

Faced with such accusations, the government created a forum with the participation of the Philippine Drug Enforcement Agency, the National Bureau of Investigation, and the Philippine National Police (among other agencies). The forum has denied the deaths figures and stated that only 1,847 of those deaths were related to drug operations. It’s difficult to know the real truth.

But drug-killings and human right offenses are not the only concern in the Philippines. According to the last World Economic Forum report, corruption continues to be one of the most problematic factors for doing business in the Philippines. The economy has been impacted by never-ending problems such as bribery, money laundering and fraud. Far from making progress, investigators in the Philippines report growing cases of online criminals profiting from social media, dating scams, cyber extortion and other types of fraud.   Marriage scams and romance fraud are also still booming.

As if all this was not enough, there is also the growing risk of terrorist groups operating in the Philippines and expanding their power in places like Mindanao.  Muslim populations in the south of the Philippines have been linked to Islamic terrorist groups and activity, and the Philippine Army has engaged in numerous gun battles with criminals in the south.  Time will tell if the extremist activity will fade away or become a bigger problem for the country and countries around the world.

Philippines is a country of many opportunities for businesspeople as it is for personal relationships, but it is extremely important to be aware of the reality and the problems that the country faces if you want to avoid being a victim. Learn about the red flags and how to know if you are being scammed in the Philippines, and share the tips with others! The authorities have not been able to reduce corruption and their methods to end crime have put many people in danger, but you can still trust that there are professionals out there willing to help. Contact us if you need an investigator.

© Copyright 2017 Philippine PI.  All Rights Reserved.  This content is the property of Philippine PI, LLC and is protected by United States of America and international copyright laws.