Getting Jobs Abroad: An Open Door to Philippines Scams 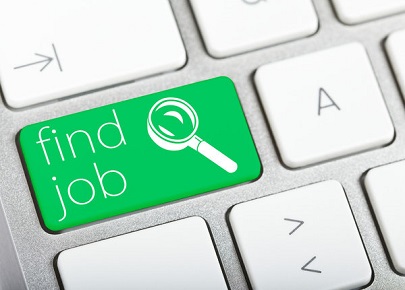 People in the Philippines are used to working abroad. Even though the Philippines is one of the fastest growing economies in Asia, the employment rates have not reached a point where there is enough work for everyone.  The unemployment rate in the country hit 27 percent during the last quarter of 2014. This is the reason why the government still focuses a great part of their efforts in teaching Filipinos skills that will help them get jobs in other countries.  But, scammers are also looking for work.

The Philippines government trains every year thousands of people to become chauffeurs, maids, mechanics, gardeners, and other related jobs with the purpose of launching them into service abroad. Many of them find jobs in extremely touristic places or places where there is a lot of wealth like Dubai. Even professionals –like nurses- are trained every year to go work abroad and cover the demand that other countries have of such positions.  Finding the opportunity is not easy.

For the state it’s a win-win deal. These economic exiles send back money to their home country -foreign currency- which accounts a great part of the Filipino economy. And at the same time it helps with keeping the unemployment rates away from a collapse, because after all, every year there are around two million Filipinos who will be joining the workforce.

But the fact that there is such an exodus every year is also responsible for such high rates of fraud and scam concerning employment offerings. “When you consider that around ten million people work abroad, and that there are still around twelve million jobless in the Philippines who are looking for an opportunity, you can see the dimension of the problem”, says William Carter form the Private Investigation team at Philippine PI.  Job seekers send out their resumes and contact unknown companies, many of them abroad, seeking opportunity.  Scammers and criminals set up fake job postings, fake websites and companies, all designed to lure the potential victim.

Filipinos’ desire to find a job opportunity creates the perfect atmosphere for criminals. So many people in need will do almost the impossible to be selected amongst the lucky to get a job. Many of the unemployed are willing to engage in situations like document forgery, bribery and other types of corruption. Fake visas and passports thrive in the Philippines. Many innocent people pay advanced fees to scammers because they honestly believe that there is someone taking care of their paperwork so they can go work abroad. Others know perfectly well that what they are doing is illegal, but they are willing to take the chance in order to find a better life, a way to survive.

According to investigators in Manila, the presence of Filipinos in other countries is not only a factor that increases employment fraud.  Online dating criminals claim to be Filipinas working in other countries to get victims to send funds to other Asian countries.  There are endless combinations of online scams and fraud that result from the fact that Filipinos are now spread out around the globe.

It is important that people who are either hiring or searching for a job to get evidence that there is no fraud involved. Neither employers or unemployed people can afford a scam, so before closing any deal –personal or work related- verify the facts!  Speak to a professional and get evidence.