Fake Passports and Visas Thrive in the Philippines 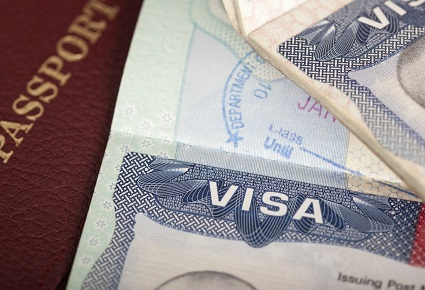 The Philippines is famous for great beaches and a wonderful culture, and unfortunately, it is getting attention from other not so attractive characteristics.   It is known for being a place where anything can be accomplished for the right price. “Fixers” are all around, and as a result of widespread fraud, many Filipinos and foreigners have suffered serious financial and legal consequences.

“Forging documentation is a common practice in the Philippines” says Nathan Mendoza, Director of the Background Checks unit for Philippine PI™.  Conditions like poverty and the desire of social escalation take many Filipinos to the edge, forcing them to do almost anything to fly away out of the country to the United States or other developed countries like Australia, Canada or the U.K.

The motivations for leaving the Philippines vary. Unfortunately, there are some who skip the normal process of obtaining visas because they want to avoid the delays or because they fall in some kind of visa lottery scam. Whether one’s reason is to seek better economic opportunities or family unification, the use of fraudulent documents to enter the United States or other country is never an excuse and is obviously illegal. What is becoming a serious concern is that an applicant for a visa may find this scheme a “normal” process without realizing the severity of the consequences of fraud.

Many Filipinos are now facing deportation before United States immigration courts for having committed fraud  (while tens of thousands of illegals cross the Mexican border.)  A great part of Filipinos do not even know how serious their fraudulent actions could be, because it is commonly thought of just being deported. But forging a document is not only a matter of being deported, it is more serious than that. And even for those who only face deportation, the truth is that it can be very hard if you have already settled a life in the United States (got married, had kids, have assets, etc).

But the worst of all is that the problem does not end with the fixers. There are those who do not want to risk it but still want to get into the U.S. somehow. Some of these people get engaged in Philippines marriage scams.  Thousands of Filipinas look in online dating sites for a potential husband, who can open the doors to the American life. Romance scams in the Philippines have become the easiest way to migrate, under the protection of a resident or citizen legal status. When Filipinos are desperate enough and have the know-how, they will do almost anything in order to survive, passport or no passport, visa or no visa, money or no money. So before getting too involved in an online or long distance relationship, run a dating background check with a local Philippines investigator to be safe!

There are also many scammers who use fake passports, visa´s and ID´s, not to get out of the country, but to make a living in the Philippines, at the expense of decent people that are just looking for love, or that are willing to help someone else who is “going through hardship”.

According to Mendoza, foreigners feel comfortable and safe after the scammer has sent them a passport or visa copy. “It feels safer because it looks like a confirmation of the person´s intention to go forward in a relationship, but it´s not”, he says.   Forging the physical document is a lot harder, but a digital or “scanned” copy is a piece of cake, and they are so well done that the fraud is difficult to uncover.   In the Philippines, it’s not hard to get a fake birth certificate, and then proceed to get a fake passport and who new identity.  Philippines investigators say anything is possible!

If you’re in a business or personal relationship with someone in the Philippines, and that person or company has sent you copies of documentation, speak to a reputable investigation company with highly trained investigators on the ground in the Philippines who can verify.