Doing Business in the Philippines: What the World Bank Says 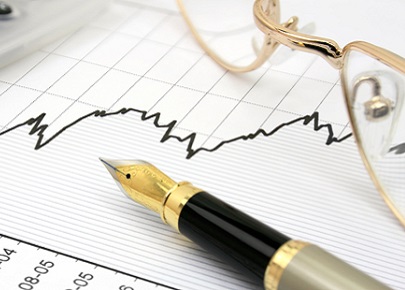 The World Bank recently released its annual Ease of Doing Business Report for 2015, with bad news for the local and foreign investors in the Philippines. According to the report, the Philippines ranking for doing business has dropped from position 86 in 2014 to 95 for 2015. While 80% of countries in the study improved their business regulations last year, only about one-third moved down in the rankings.

The new data provided by the World Bank has caused a lot of confusion. It is important to clarify that the methodology used to calculate the rankings of all of the countries changed.  In order to be able to establish a comparison, the World Bank has revised and corrected the scores and rankings for 2014 using the same methodology.

Why the report mattters

Investors all over the world rely on the information provided by the World Bank in these annual reports. The report works as a guide and sheds some light for business people. Although there are many other things that investors consider when doing business in the Philippines, this is a good starting point for anyone who is considering a new business or expanding operations internationally.

How to read the data

The World Bank uses two different figures: one of them is a score that is called the Distance to Frontier score, which shows how far on average an economy is from the best performance achieved by any economy on each indicator since 2005. The measure is normalized to range between 0 and 100, with 100 representing the frontier or best performing economy.

The second figure used to compare is the ranking out of the 189 countries participating in the study, which helps locate the performance of each country in the world map.

The Philippines did get better in some of the indicators. Starting a new business is easier than last year, as well dealing with construction permits, getting electricity, and registering property. So the country did get better compared to its own performance the previous year. However, the changes were not significant enough to generate an improvement in the world ranking.

The country still has some very important challenges. One of the greatest concerns is related to the protection of investors. The Philippines has already a bad reputation for corruption, bribery and fraud.  Fake documentation in the Philippines is sold like candy in the streets and yet this is still being ignored. Authorities have worked on making reforms to close the gaps in other indicators: fewer procedures, better times, lower costs, etc.  However, protecting investors remains unchanged –when comparing to the distance to frontier in 2014- and dropped eleven notches when compared to the other countries´ rankings, proving this is and endemic problem and that there are no real intentions on solving this situation. The Philippines is doing good in other things, but corruption is one of the aspects that is keeping the country tied. This basically means that investors are left on their own, with a great risk.

Kellie Greenwood, Director of Due Diligence at Philippine PI, says that it is more important than ever to reinforce company background checks and due diligence for any business deal in the Philippines. “In business, it´s great to get things up and running fast and at a low cost, but it’s even more important to properly verify business contacts and investments, so you don’t lose it all,” says Greenwood.  Slowly, the Philippines is becoming a more transparent country for outside investors.  With that said, it is still a high risk country where background checks and due diligence are essential.