Philippines Marriage Fraud: How to Avoid A Total Nightmare 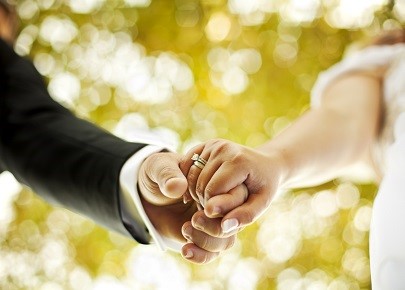 Victims of Filipina marriage scams agree that getting stuck with a fraudster is definitely a nightmare. Marriage fraud is a persistent problem in the Philippines. According to the Center for Immigration Studies, the leading nation in petitions for fiancée visas to the United States is the Philippines. It is not uncommon for Filipinas to enter into marriages with foreign citizens solely for financial or immigration purposes.   Sorting out the good, from the bad and the ugly is no easy task.

Philippine PI private investigators warn that relationships developed through correspondence, especially those begun on the internet, are particularly susceptible to manipulation. It might seem simple to dodge the scammers, but the truth is it isn’t simple at all, which is why thousands of foreigners fall victim every year.  In the Philippines, there is a high risk of fraud for all online relationships.

What should you watch out for?

The first thing you want to avoid is being deceived by someone who does not even exist. Many foreign men get engaged with a Filipina they met online, despite the fact that they have never met in person and know little to nothing about their fiancée.  In most of these cases, the victims have fallen in love with the fake persona that the scammer has created.   Experts urge caution, and investigators say if you have met someone online, be safe and have them verified early in the relationship.

Using pictures that look more like a model from a fashion magazine than an ordinary person, and some sweet talk, fraudsters lure their victims to send money overseas. Swindlers often inundate prospective victims with attention: texts, emails and phone calls every day will help them draw the victim in. Once they have gained the trust of the victim, romance scammers claim they will be getting all the necessary documents and formalities to be able to travel and get married. But things never appear to advance. One problem after the other, and a few hundred or thousand dollars later, the victim finds out there was never a real intention to get married. Their internet date is then a nightmare.

If you want to avoid going through all this, hire a dating background check in the Philippines! Verifying the identity of the person you’ve met online is the first step into learning whether they have been honest or not. Local investigators in Manila or Cebu can confirm if the person exists, what is their marriage status and if they have any criminal records. Keep in mind that divorce is not an option in the Philippines, so if the person you met had already been married, a second marriage is difficult.

Another big problem in the Philippines is that many of the fraudsters are real, they have met in person their “foreign love” and have kept what seems like a stable relationship throughout months or years. But since they are having a long distance relationship, they are able to do the same with several men at the same time. Having several long distance relationships is convenient and pretty easy to handle due to the distance. It allows many Filipinas to have several men to sponsor them. In these cases, there is no red flag to watch out for, other than the fact that this is a common threat in the Philippines. A local investigation and surveillance will provide evidence regarding the individual’s whereabouts, living situation, character and reputation, relationships, and more. Is she seeing someone else while you are away? What kind of lifestyle is she having?  What do the neighbors say?

Nobody wants to be taken for a ride or to sponsor a fraudster. Before taking any important steps forward, allow yourself some peace of mind and hire a discreet investigation.

© Copyright Philippine PI.  All Rights Reserved.  This content is the property of Philippine PI, LLC and is protected by United States of America and international copyright laws.