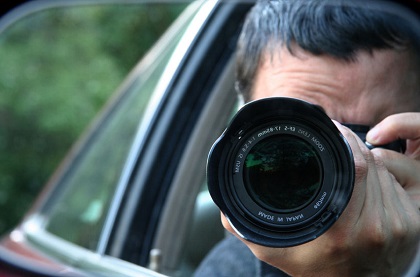 For a person to find out that his or her loved one or spouse is cheating with someone else can be a devastating thing, whether they live in the Philippines or anywhere else in the world. It may start with an inkling or bad feeling that something is wrong, hinting that the normal way that the couple has been living is being threatened by some unseen third person in the relationship.

Perhaps the cheating party has been staying out late at night, claiming to have commitments to work – or they might suddenly begin to take a brand new interest in looking better, losing weight and buying a new wardrobe. Especially shopping for brand new underwear, which is a telltale sign that they might be eager to show another person how well they look, while barely wearing any clothes.

How technology is changing the cheating game

Years ago, jealous and suspicious girlfriends and wives had to rely on stealthy means of checking up on their men by looking for lipstick on collars or by literally following them in their cars.

These days, with more advanced technology, and apps like the “Boyfriend Tracker” have brought controversy from Brazil and beyond by allowing its users to track another person’s whereabouts and get duplicate copies of the text messages they send and receive. As if that wasn’t enough spying, the app’s customers are also allowed to get a call when their beloved activates their own phone, letting them listen in on their boyfriend’s conversation with another person.  Times have certainly changed.

The Philippines is a poverty stricken nation.  Survival is hard, and Filipinas have for decades sought out opportunity abroad.  Because English is a main language in the Philippines, looking for love in the U.S., England, Canada and Australia has also been the jackpot, so to speak.  A way to escape from poverty and find a better life.  A background check is always advised to lower your risk.

But, as the internet has become widely available in the country, many others, men and women, have found out that there is big money to be made in scamming foreigners.  Whether it’s through online chat rooms, social media or online dating, there are Filipinas actively looking for love overseas.  Many will do whatever it takes to get out, or get paid.  Finding the right gal is no easy task.

Give this difficult reality, romance scams and marriage scams have reached alarmingly high levels.  Philippines investigators conduct surveillance for concerned boyfriends and fiances who are currently outside the country and who want to know what their girlfriend, bride or soon to be is up to while they’re away.  And, it’s for good reason.  Hoping for the best is not a good strategy in the Philippines given the high risk.  Investigators can verify a subject’s activities, relationships, character, verify living situation, and more.

Surveillance may seem unusual, but for investigators and clients, it’s about piece of mind.

© Copyright 2014 Philippine PI.  All Rights Reserved.  This content is the property of Philippine PI, LLC and is protected by United States and international copyright laws.