Are Philippines Internet Criminals Operating Above the Law? 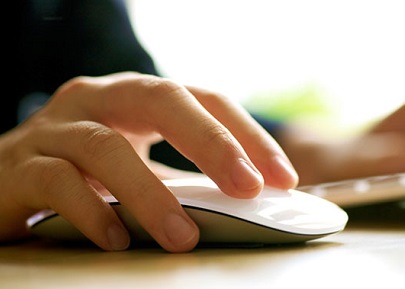 It is well known that internet crime thrives in the Philippines. One of the most popular and known schemes has been the online romance scam, which has been for years the means of profit for many Filipinas and Filipinos. However, the internet crime industry has expanded and diversified, creating new models and ways to trespass the law or bypass internet regulations. Philippines investigators are on alert due to the significant number of cases.  Law enforcement is also overwhelmed.

The Philippines has sadly been home not only to local scammers, but even foreigners have set up their internet crime industry in the country due to the lack of supervision from the authorities. Not long ago, Chinese and Taiwanese scammers had set up a sophisticated Internet scam in the Philippines, where the criminals would pose as police officers, prosecutors, judges and anti-money laundering officials. The fraudsters would convince their victims that their bank accounts were being used for money-laundering and that their assets could be protected if they transferred all their money to accounts owned by the criminals. But this is only one case.  Criminals are thriving in the Philippines.

Other types of internet crime take place in rooms where dozens or even hundreds of Filipinos work on creating fake social media accounts for companies who want to boost their social media presence. They also create fake reviews for Amazon products as it has recently been discovered.  The possibilities of creating new methods and “services” in the internet crime industry seem to be infinite in the Philippines.  When dealing with an unknown company or individual in the Philippines, be smart and speak to a reputable private investigation company about verifying.

Why Internet criminals operate above the law

The number of cybercrime cases reported in the Philippines skyrocketed by over 200% in 2014, to 614 cases from 288 the previous year, according to the PNP Anti-Cybercrime Group’s 2014-2015 Annual Cybercrime Report. The most popular forms of cybercrime were Internet frauds and scams.

Computers and the Internet have made criminals into better criminals. While the law is catching up, the police in the Philippines don’t have nearly enough resources and expertise to catch crooks to any meaningful extent. Cyber-crime is an offense that most experts agree has just begun stirring. Private investigators from Philippine PI alert that internet criminals are getting smarter and better equipped, which forecasts that the problem is not going away any time soon.

Further than that, with corruption being an endemic problem in the country, it is only natural to find that there are people working for the authorities who are in fact part of the crime rings. Internet fraudsters have large networks and are protected by insiders in the police and the government agencies that are supposed to be fighting fraud.  Corruption prevents arrests in some cases.

The efforts that authorities have been making are insufficient. For now, the only way to avoid being a victim of an internet crime is to take precaution and verify the people you are dealing with either for personal or business are legitimate and honest. Get a background check investigation in the Philippines as soon as possible! Hiring a professional will help you avoid real trouble.