The Importance of Due Diligence on Bitcoin Deals 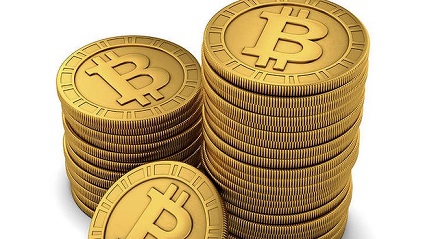 The Philippines central bank, BSP, announced a few days ago its concern about Bitcoin and how it could be used for money laundering. Virtual currencies have had a rather controversial birth in the structure of traditional economies, and authorities are sending a warning to lower fraud risk in the Philippines.

Bitcoin started circulating in 2009 and it´s considered the leading digital currency. It could also be defined as electronic money that is independent from traditional banking. For traditional currencies there is a central bank who decides how much money to print based on goals like controlling inflation or boosting the economy.  Virtual currencies depend solely on people´s confidence in it.

There is a lot of innovation in the concept of Bitcoin itself, not only because there is no central authority governing the supply of the currency, but also because of the way it actually works. Bitcoin relies on a network of computers that solve complex mathematical problems. In this process the details of every bitcoin transaction around the world are verified and permanently recorded.

So where does the BSP alert come from? Despite the fact that the Bitcoin is a currency managed by algorithms and not by human interests, there is little to no regulation about it. Many of the most important banks around the world have issued warnings not to use Bitcoin. The fact is that no one was expecting the level of legitimacy that Bitcoin has won, somehow it has turned into a widespread currency and it´s reaching the mainstream financial system, without regulations!

The biggest concern of authorities around the world is that anyone can buy bitcoins without being subject to an investigation of where is the money coming from. Little fees and no oversight make it extremely attractive for those who do not want to give any explanations, such as criminals. Without regulation, anything can happen, it is a perfect ground for money laundering and some have even linked it to financing terrorism and other crimes. Regulators have become increasingly worried that online marketplaces could be used to facilitate drug deals and other illicit transactions.

Many governments do not recognize it as a legal currency. Recently the U.S. IRS stated that the bitcoin will be considered as property and not as currency for taxation purposes. Some other countries like the Philippines are still unsure on what should be done.

Reliable and accurate information from a due diligence investigation in the Philippines plays a key role in investments. Without it, there’s no way to accurately measure the risk and the potential reward. Up to now, online exchanges that bought and sold Bitcoin were not required to provide customers with annual reports of their transactions, just as stock brokerages and other investment firms had to.

Companies and investors need to understand in full that any international deal brings serious legal, financial and reputation risks. Investigators in Manila and Cebu say that Philippines is –unfortunately- widely known for internet scams and business fraud. If the whole deal is taking place in bitcoin, where no rules apply, then the risks are even greater. Due diligence will allow investors to uncover evidence of any fraud prior to making payment.  Fraud happens with any currency and verifying legitimacy of the business and investment conditions is a must all the times.  However, for now, digital currencies require special attention until the laws and regulations catch up to the innovation.

For people doing business and investors in the Philippines, getting informed on bitcoin issues is highly relevant. Coins.ph launched a Bitcoin trading platform in the Philippines last year and it is now set to provide a Bitcoin payment service for 2 daily deals sites with the aim of giving more payment options to consumers who have no access to credit cards.  Always verify before making payment.