Fake Deaths for Sale in the Philippines 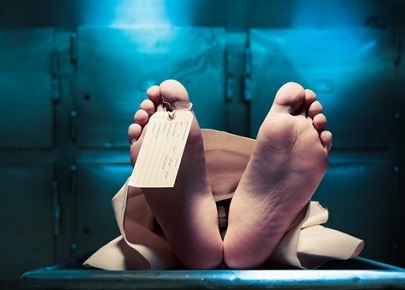 Everyone goes through a period in their life in which they wish they could have a fresh start, but some people have chosen an extreme solution: faking their own death. It is amazing what some people will do to try to erase all trace of themselves so that they can live a different life, and for those who have decided to go through with it, the Philippines is the ideal destiny!  And of course, there is the life insurance policy to cash in on, when it is possible for criminals to get away with the fraud.

Pseudocide is a case in which an individual leaves evidence to suggest that they are dead to mislead others, especially insurance and law enforcement agents. The reasons for people to fake their death are plenty. From getting rid of debt to avoiding the confrontation of a divorce. Even convicted criminals try to vanish and escape the burden of a past that the world cannot forgive or forget.

As tempting as it might seem, investigators in the Philippines have worked many cases where clients from insurance companies or estate investigators or even family members need to verify a person’s death.

Believe it or not, “death kits” can be purchased at accessible prices, especially for people from developed countries like the U.S. or Europeans. According to a recent publication, for the bargain price of around $500 USD, travellers can purchase death kits made up of documents that provide evidence of your demise. The process is macabre, but for someone who is desperately trying to disappear, anything is worth a try it seems. The kit includes buying an unclaimed corpse from a morgue in the Philippines and using it as a replacement for one’s one body. The rest is just a chain of bribery and forged documents, as much as needed to finally obtain a convincing death certificate.

Most of the fraudsters worry about the consequences of being caught in their lie, but almost none think that their biggest problem lies in the same people who helped them fake their death.  “Those who decide for such an extreme solution are convinced they are free from trouble, or they wouldn’t do it otherwise” says William Carter, VP of Private Investigations at Philippine PI. People are so desperate to have a new life that they won’t stop to think that they are dealing with criminals and committing a criminal act.  The same people who sell the death kits eventually reach them to continue profiting from them.

The Philippines is also a hotbed for blackmail, online abuse and harassment. Once the victims start to enjoy their “free life”, Filipino criminals will approach them and request periodic payments to keep their secret, or else they will report the fake death.  Many people who fake their own death will remain on a never ending cycle of debt, lies, blackmail and desperation.  The problems in their new life can get so bad that they might begin to wish they really were dead after all.

This is unfortunately a corrupt country, where strange but real fraud cases take place on a daily basis.  The fight against corruption in the Philippines will continue to be a long battle, that hopefully will bear fruit in the long term. In the meantime, fake documents can be easily bought for an inexpensive price. If you have doubts about the authenticity of an “official” document, contact us today!

© Copyright 2018 Philippine PI.  All Rights Reserved.  This content is the property of Philippine PI, LLC and is protected by United States of America and international copyright laws.