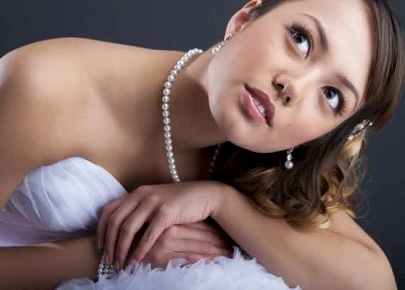 Online romance scams are a growing epidemic in the world. The Philippines is known as one of the highest risk countries for this type of fraud and scams, but with time they have had to change their schemes, tactics and even their targets. Philippines investigators are reporting a shift in the main targets of Filipina romance scams, while in the past Americans were the great majority of victims, today other foreigners are being targeted. In recent years, the amount of victims from Australia and New Zealand has increased exponentially.  Australian law enforcement have struggled to keep up.

According to the Australian Competition and Consumer Commission, Australians lost more money to scammers in 2017 than in any other year. Based on just the reports provided to the ACCC, victims have lost $42 million to dating and romance scams, with an average of $6500 per victim. In some cases people have lost more than $1 million. Philippine PI cases of fraud during the year 2018 show that the situations has not gotten any better so far this year.  And most victims don’t report the crime.

New Zealand’s statistics are not very different. In 2017 victims from New Zealand reported losing over $1.4 million to romance scams. In the first three months of 2018, they reported losing $7.9 million to romance scams, and these are just the losses reported to Netsafe. In reality, actual losses are likely much higher.  It is believed that up to 90% of crime cases go unreported.

Although not every romance scam victim has been deceived by someone from the Philippines, investigators and local authorities recognize that a great part of the scams are originating here. Some scams are becoming very sophisticated and hard to spot. Philippines scammers use social media to contact and deceive their victims, gain their trust, and steal their money.

It is hard to believe that despite the amount of alerts that are widely featured in the news every day, dating scams continue to be the most popular kind of fraud.  While the victim may become suspicious overtime, the scammer lures them in with pictures, hardships, promises, excitement, and claims of love. Eventually, the victims give way. If not, the scammers will look for more aggressive techniques, like blackmail.   Communicating with a criminal is a very dangerous game.

Filipina romance scams differ from those in other parts of the world because the perpetrators are in many cases real people, who meet in person with their victims every once in a while. The reality is that while the victims believe they are in a long distance relationship, the scammers have another life and are in the “relationship” just for the financial gain, no matter the cost.

Romance scams can reach anyone, anywhere in the world. But if you are from one of the most popular target countries (U.S., Australia or New Zealand) and you have met someone from the Philippines, your best choice is to hire a background check investigation from a reputable, professional private investigator or surveillance in the Philippines to make sure your partner is honest and real.

Prevention is key in these circumstances, so find out the truth before committing to a long distance relationship and before investing too much time and funds!  Be safe, get a free quote today.

© Copyright 2018 Philippine PI.  All Rights Reserved.  This content is the property of Philippine PI, LLC and is protected by United States of America and international copyright laws.